This week’s Guest Writer is one who has been featured in this slot a few times. I’m thrilled to welcome Nest Madden back. Here, he tells you about himself:

I’m a former Prison Governor, During my time in HMPrison service, I served both in this country and abroad. My specialism is hostage negotiation and riot control. I spent a period of time attached to both the military and the police. Since leaving the prison service I worked in the US and the Middle East as a security consultant and as a trainer for US law enforcement and certain Arab states.  Now I’ve decided to turn my hand to writing, mostly using my personal experiences as a basis for stories and novels.

Ray brought my pint of Double Diamond over to our table in the corner.

“There you are, mate. I’ve been thinking…”

“That’ll be a nice change for you,” I interrupted. Ray didn’t look offended. We were after all good mates, had been for years, since junior school really.

“Anyway, we’ve got a chance to make a bit of money, are you interested?”

“I’m always interested in making a few quid, what have you got in mind?” I asked, taking the froth off my pint.

“I’ve got my hands on some of those Ben Sherman shirts, you know the button down collar jobs everyone’s wearing,”

“You mean they’er nicked. I’m not touching dodgy gear. You may fancy going to Borstal but I don’t,” I replied. I was annoyed that Ray would even consider putting me into this.

“No, they’re not nicked, I promise you. I bought them off Ahmed, his sister works in the factory that makes ‘em. Well some of the stitching might be faulty, not double overlocked, or whatever they call it. But they a’int nicked. I paid two quid each for them.”

“Two gross,” he replied. Two hundred and eighty-eight shirts, at two pounds each. Even I could do the maths, that was five hundred and seventy-six pounds.

“That’s over a monkey, where did you get that sort of dosh?”   I asked with disbelief.

“Borrowed most of it off my old man, he just wants a bit of interest in return, now you in or what?”

“Look, Ray, I’m thinking about it, I just want to be sure I’m not walking into something hooky, that’s all. Getting nicked is not in my plans at all.”

“Mine neither, I thought we could hire a pitch and knock ‘em out at a fiver each, they’re seven quid in high street shops,” he replied. I thought about it, it sounded a good plan to me, but I didn’t want to seem too keen.

“25%, you’re kidding, what are you putting into the deal?” Ray was getting peeved, I could tell.

“You’re robbing me, but alright I suppose. You are my best mate,” Ray conceded. I got up and went to the bar, taking the glasses with me. I hadn’t thought he’d go to 20%, perhaps Ray wasn’t the business man he thought he was. I payed for the beers and took them back to the table.

“I don’t think it should be on our doorstep, what about St. Albans?” Ray asked.

“How about next Tuesday, I’ll ‘phone ‘em and set up a pitch.” So the deal was done, Ray would set up all the details, the pitch, tables, boxes and bags, etc. He would pick me up in his van and off we’d go. Depending how well the selling went would determine if I had to act as his stooge or not. That is to say, a punter who pretends that he is getting a bargain to persuade the other punters to part with their hard earned.

“That’s settled then. Anyway, have you seen those two, sitting in the corner,” Ray nodded to two girls sitting on their own drinking halves of what looked like cider.

“Hmm, very nice. I think I half know the blonde one, Sylvie something, went to the local grammar I think.”

“Right then, time to turn on the charm,” Ray said, as he got to his feet. He hitched his belt up and made toward the table where the two girls sat.

Tuesday was overcast, dull morning. The scudding clouds threatened rain. I looked out the bedroom window and thought maybe this wasn’t the best day to be working at an outside market, still I needed the money and wasn’t going to let Ray down. I went down stairs and fixed a slice of toast and a cup of tea. My mum, as always, offered to cook me a breakfast and I, as always declined. I couldn’t face sausage, bacon, egg and a fried slice that early in the morning. Ray’s van draw up across the street. Grabbing my jacket I pecked Mum on the cheek.

“Where are you off to?” Mum asked, always wanting to know what I was doing, where was I going.

“You never said, what are you doing?”

“A bit of selling, got to go,” I banged out of the kitchen door and legged it up the ally, before there was an inquest in to exactly what I was up to. I knew she worried but sometimes she could be a pain.

“All right mate,” Ray’s usual greeting as I clambered into the passenger seat. I glanced into the back of the van, there were cardboard boxes that evidently held the shirts and a couple of tressel tables.

“Yea, all good, do you know where this place is? We ain’t going to be driving around St Albans trying to find the market are we?”

“Of course I know where it is,” Ray replied as he slipped the van into gear and pulled away.

“Right mate, two shirts for you?” the punter handed me a ten pound note and I passed him the two shirts. It had been a hectic morning; as soon as we set up punters were on us for shirts. Ray had really picked a winner this time, we had almost sold out and we were down to just about five shirts left. The crowds were thinning now, well it was lunch time.

“Let’s pack it in now, we can get away before the rush to pack up. Get home, get washed up and meet the girls early from work,” Ray said. We were meeting Sylvie and her mate Mandy that evening. We’d booked a table at the local steakhouse, dead sophisticated us.  A couple of bottles of Blue Nun, a pawn cocktail, a steak followed by a piece of black forrest gateau. What woman could resist?

With our evil plan in mind we hustled the two tables away, throwing everything in the back of the van.  Ray set off, he decided to take the route down the M1. We had been going about half an hour when Ray, who kept glancing at the dashboard, said, “We’ve got a problem.”

“The  engine’s overheating, I’m going have to stop,” just as Ray said it the exit for Scrachwood Services came into view. Gratefully we pulled in and as we reached the parking area the engine cut out and we coasted to a halt.

“Well I’ll have a look and see if we can fix it,” Ray replied, pulling the driver’s door back.  He hopped out and opened the bonnet.

“Looks like we’ve boiled dry,” he said, gingerly opening the radiator cap. Ray went to the back of the van and got out a jerrycan of water which he dribbled in to the radiator. There was a spluttering and hissing and a thin finger of water appeared between my feet.

“Ray, there’s water coming out from underneath.”

Ray dropped down and peered under the van, “The bloody water pump is leaking, bugger! We’ll have to change it.”

“Where the hell are you going to get a water pump from?”

“I think I’ve got a spare,” Ray replied, getting to his feet he went to the back of the van and started to rummage through a box of assorted bits and pieces that he always seemed to keep in whatever vehicle he had. Finally he found what he was looking for.

“Okay, let’s get this on, shouldn’t take us long if we both work at it,” Ray said pulling out a box of tools. We set to and between us changed the damn water pump. The cost to us was were were both dirty and covered in grease and oil, but when we put the water back into the radiator and ran the engine, no more leaks. We went to the washrooms in the service station to wash-up. After much scrubbing our hands were clean enough but our shirts were filthy.

“Yea, your right. I know we’ve still got a couple of shirts left we’ll use two of those,” Ray said. We hurried back to the van, time was getting on and we need to get going if we were to meet our dates. Ray opened the back doors of the van and grabbed a shirt which he threw to me. I wrenched open the cellophane and pulled out the shirt. There was something wrong, it took me a moment to work it out. There were no bloody sleeves, I looked at Ray, he stood there in almost comic disbelief. He too was holding up a shirt without sleeves. He snatched another shirt from the box. The same, no sleeves. He scrabbled at the remaining shirts.

“So that’s why Ahmed sold them so cheap, I take it we won’t be going back to St. Albans’ market for a while? I asked. 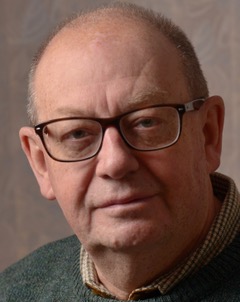