I’d like to welcome Karen Ingalls as my Guest Writer this week. Before you read her work, you might like to know a little bit about her:

Karen Ingalls is a retired RN, author of three published books, numerous articles, and a blogger at two sites. She is a member of Rave Reviews Book Club, Author Blogger Rainbow Support Club, Independent Author’s Network, and Author Resource Room. She welcomes authors and avid readers to her blog at kareningalls.blogspot.com. 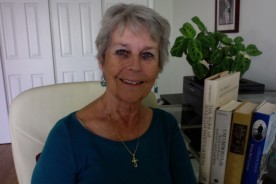 Here she introduces her work:

Augustus Saint-Gaudens was America’s premier sculptor in the late 1800s to early 1900s. He was a contemporary of Rodin; he was the last of the traditional sculptors who had brought a new vision to sculpture; and he was the designer of the $20.00 gold piece, considered to be America’s most beautiful coin.

Davida Johnson Clark emigrated from Sweden with her mother and was known by the name Albertina Hultgren. She was young and beautiful and Gus immediately saw her as his ethereal woman. She modeled for several of his sculptures, was his mistress for over twenty-five years, and the mother of his son, Louis Paul Clark. The only known facts about Albertina are that she was from Sweden, but the exact location is unknown and that Gus changed her name to Davida. It is not clear where the names Johnson and Clark came from.

Augustus was married and had a son named Homer. Gus chose to stay with his wife rather than be with the woman he truly loved. He did not want to risk his reputation in the art world at the very time he was gaining recognition for his originality, talent, and creativity.  He is best known for his Shaw Memorial in Boston Commons, the Sherman Monument in New York City at the entrance to Central Park, the Amor Caritas at D’Orsay Museum in Paris, and the Hiawatha statue at the Metropolitan Museum of Art, New York City.

I am the only surviving great-grandchild from the union of Gus and Davida. My grandfather was Louis Paul Clark, who lived in shame due to his being an illegitimate child. He was called a bastard, which left a permanent mark on him. He never talked about his heritage. He was devoted to his mother and had bitter feelings towards Gus, his father in name only.

I wrote the story of Davida and Gus because most historians do not acknowledge their relationship or give it very little credence. I believe it is a love story that needs to be told. Davida was kept in the shadows and I want her role in Gus’s life to be given due justice. I also hope that the stigma of being a bastard child will be removed from my grandfather, who was a truly great, gentle, loving, and kind man.

He paused and knelt down in front of me. Looking deep into my eyes, he said, “I so want to marry you and be with you always. But I do not know how to do it without hurting everyone I know, especially Gussie. She is so frail and vulnerable that I do not think she would be able to recover if I left her.”

It was true—Gussie was frail. She has been traveling to health spas and clinics, trying to find an answer to her deafness and other ailments. Homer was almost always with her.

He dropped his head into my lap. After a few moments, he asked, “Do you understand? You are my wife in spirit and heart, but I will have to remain legally married to Gussie. I know this hurts you as much as me, but always remember you alone are in my heart.”

“Oh my dear, I do know and understand,” I replied.

My heart was once again being torn apart because we could not be together as husband and wife. The church ad society were unforgiving and unkind to people like us. To them, I was a sinner. Gus was also a sinner in the eyes of the church, but society forgave him, as long as he did not flaunt his affair. Little did they understand ours was not just an affair; it was a deep and enduring love. 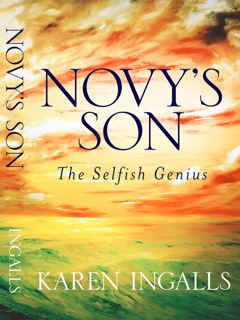