This week’s Guest Writer, Martin Strike, is one who lives locally to me. He is a very talented writer. Not everyone can write humour, but as you’ll see, Martin certainly can.

Before you read his story, here’s a little bit about him in his own words:

“My name is Martin Strike, and I am delighted to have been asked to appear as a guest on Esther’s marvellous site. I have been a hobbyist writer of short stories for about 3 years, mainly based on an alternative version of my adopted town, Newbury, where characters are often vindictive, skewed or bonkers.

“I have been shortlisted some 6-times in Writing Magazine and Writers’ Forum, and the story below was declared runner-up in the 2017 To Hull and Back competition. I am yet to get a first prize, (I’m not always sure humourous stories are high up judges agendas), but feel my writing is improving, and that if I keep shaking that tree, a coconut may eventually drop. I like to write stories that have a strong sense of place, and make me laugh. I plan to self-publish a dozen of my stories in an anthology in time for next Christmas – so if you see me trying to flog them at a market-stall in Newbury come December please buy a copy – if not, you can read them on by blogs at thenewburyshortstoryteller.wordpress.com or among other articles and book reviews on thestrikemeister.blogspot.co.uk”.

THE TURBOTHROB TRIPLE-X
By Martin Strike
I wheezed as I failed to blow out the last candle. There were only three of the bloody things on my cake too – one for every 30 years.  Bogdana, the East-European helper with the po-face, blew it out for me when she heard the phlegm starting to build up in my throat, then gave a half-hearted and patronizing ‘happy burd-day ’before snatching away the cake to cut it.

I looked around the Day Centre. All the other pensioners had staggered, wheeled or been assisted into a line of chairs in front of me. We made a depressing sight. Three were asleep and several others away with the fairies, completely unaware that a small plate of cheap shop-bought sponge had been placed in their laps. Two had already tried to eat their slice of the saccharin-pumped cake but had largely missed their mouths.
Then there was Elsie. She had a twinkle in her eye.  The other one didn’t, but that’s glass for you. Actually, I’m not sure if it’s the glass one that twinkles or the good one, but I don’t suppose it matters. Like me, she’s kept a pride in her appearance. She can still dress herself and looks elegant, with her hair coiffured and blue, which almost gives the illusion that it isn’t thinning.
Being old is a horrible thing.
I refused to eat my slice of the nasty cake and wondered if I would still be around next year to decline another.
They dropped me back home, and as I sat down to watch Countdown and realised something.  I craved one last adventure.  I waited until after Eggheads, then made a plan…

The next day was bingo day, and I made sure they sat me next to Elsie.
“Psst, Elsie,” I said. “Would you like to go on a date?”
“What’s that, dear? Did I shut the gate? Now you mention it, I’m not sure that I did.”
“Four and three – Thirty four,” announced Bogdana dispassionately in her role as bingo caller.
Deep in thought, Elsie added “Do I have a gate?”
“A DATE,” I said a little louder. “WE COULD GO FOR A COFFEE.”
“No thank you. That would clag my dentures.”
“What, coffee?”
“That’s right, dear. Toffee.”
“Number thirteen – for you unlucky peeeple.”
Unlucky for me, I thought, when from across the trestle table a voice said, “I’ll come.”
I looked up and saw it was Bunty, a spritely 85-year old who I thought was well out of my league – she could still remember the rules to Scrabble.
“If you’ll have me, of course,” she added, both of her eyes twinkling equally.
“Clackety clack – seexty six.”
“BINGO,” I shouted out in joy and devilment. I hadn’t even crossed off a single number!

My adventure was starting.  We agreed to meet at Boswells café in Newbury at 2pm the next day.  This gave me time to get down the town to buy a new tie and a present for Bunty.  It crossed my mind that if things went well, I might invite her back to my house to continue our adventure. She did seem a woman of the world after all, and with her husband having been in banking, she might expect nothing less.
I chose a cravat for flamboyance, but struggled to find any violet creams for Bunty.
Then in a window, I read a sign promising to ‘add sparkle to your love life’. That might do, I said to myself and looked up at the shop name.  Carnal Days.  I’d never heard of it. Well, if all else failed at least I could book us a narrow boat trip down the Kennet & Avon. Anyway, it turned out to be some sort of department store.  I walked through the equestrian centre, with whips, leather straps and riding boots long enough to be suitable for very muddy hacks. Then came the ladies section. I couldn’t help but notice the shoddiness of the merchandise. Not only was there virtually no material in a lot of the frocks, most of the women’s underpants had a great hole in the gusset.

Behind the counter stood a very tall young lady, hair dyed red and piled high on her head like a plate of Heinz spaghetti. But without the plate. Or the toast. Her blouse was cut so low I could see the top of her brassiere, straining to keep her two large dirigibles under some form of house arrest. I thought it best not to tell her I could see them, she’d only have got embarrassed.  But I did find them very off putting and couldn’t help looking – she must catch her death when she walks home.

“I’m looking for something to put my lady friend in the mood,” I said. “Do you have anything by Matt Munro?”
“I dunno,” said the trussed bosom.
“Perry Como, then? That always worked for my Dorothy.”
“The only brand we does is Ann Summers.”
“Ann Summ… She sang Que sera, sera didn’t she?  No, she won’t do at all. Is there anything you would recommend?”
The shop girl spun her extravagances round and pointed at a rack of what seemed to be long, colourful rolling pins behind her.
“There’s always one of these,” she said, “it’s the Turbothrob  Triple-X range. They’re very pop-larr.” She passed a box down to me.
I read the box out loud, “Hmm, ‘Guaranteed to satisfy your woman. Requires 4 AA’s.” I looked up to her for advice. “AA’s? I was in the RAC for 38 years, will that do?”
“You yankin’ my chain? They’re bat-rees, you nuttah,” she said and gave me such a tut that I felt obliged to buy one of these objects. “What size and colour?”
“Black will do nicely. Thank you. And large. I wouldn’t want my lady friend to feel short-changed.” To be honest the red one looked rather vile and the pink one, well it looked a bit like a man’s whatsname, though I spared the poor girls blushes in telling her so.

Next day came, and at the café, Bunty and I immediately found we had something in common – our love of frothy coffees. We had three cups each and spoke of the old days – the Suez Crisis, TB, David Nixon – that sort of thing. She made me feel like I was 75 all over again. We got on famously, and having finished the battenburg, she agreed to come back to mine afterwards.  For an adventure.
I walked with a skip in my limp and told her how young she made me feel.  Indeed I told her that I haven’t felt so good in years, and that I was going to do something I hadn’t done since I was a child.
“Wet your trousers?” she speculated.
“Oh no, I’ve developed quite a knack for that,” I blurted back before engaging my mind. “I mean playing ‘Knock down ginger’. We used to play it all the time in my schooldays – I was so good, I never got caught.”
“That sounds like fun. Go on then, what about this house here?” urged Bunty.
“OK then, watch this,” and I propped the garden gate open with my stick and sneaked up the path while Bunty watched on having positioned herself and her walking frame for a sharp exit.
With refound youthful vigour, I pressed the doorbell and turned to run.
There was a loud ‘CLICK’.
My hip had come out. It usually happens if I move for the Radio Times too quickly. I yelled out in excruciating pain as the door was opened by a huge, swarthy man with messed-up hair, in just his pyjama bottoms and tattoos.
“What do you want?” he demanded.
“My hip,” I winced.
“You soddin’ woke me up to tell me about your freakin’ hip?”
“Woke you up?” I squeaked between my gritted teeth.
“Yes! I’m on nights,” yelled the man, his bloodshot eyes bulging. “Now whadd’you want? This had better be good.”
“Erm”, I said, trying to think on my feet, my gallantry relieved to hear the gentle regular ‘shuffle-clack, shuffle-clack’ of Bunty making a slow but sure exit from the scene behind me. “I seem to have dislocated my hip. It tends to happen a lot at this time of year. It’s the weather, you know.  I wondered if you would be kind enough to give an old man a lift?” Shamelessly, I drooped my eyes and quivered my lip.
Well, the indignity of it. The man carried me home over his shoulder in his slippers, while Bunty shuffle-clacked her plodding way behind us.
Tucked up in bed now, and with Bunty sat beside me, things may have worked out pretty well for my adventure after all. I had apologised to the man for disturbing his beauty sleep, thanked him for reinserting my hip, and for not punching me on the bracket. I’d made his day by giving him a shiny 50p piece for his trouble. I could tell he didn’t want to take it, but I insisted.  Bunty wanted to look after me, made me a jam sandwich then helped me to the bedroom for a rest.
She sat on the bed holding my hand when I remembered, “Oh, I’ve got something for you, Bunty,” I said, pointing to the scarlet carrier bag by the side of the bed.
When she opened it, and her mouth dropped. “Oh my godfathers, I’ve not seen one like that since the Notting Hill Carnival, 1968.”
“I think you will find it’s just what you need,” I assured her, remembering the packaging boast that this rolling pin would solve ‘every woman’s baking needs’.
I could tell Bunty wanted to say something, but my generosity had clearly reduced her to silence.
I made to do the impress her further, “It’s battery powered – four BB’s. Pass it over.”
“I‘d rather not touch it, thank you very much.”
“Come on.” I insisted. “You’ll love it when we get going,” and I flicked the switch to ‘on’ bringing it to buzzing life. “Now trust me,” there’s no need to be concerned.”
I got her to put down her cup, then reached over and inserted the tip of the Turbothrob Triple-X into the hot, milky liquid.
“See – now we can have frothy coffee at my house whenever we want.  Now THAT’S an adventure.”
*** 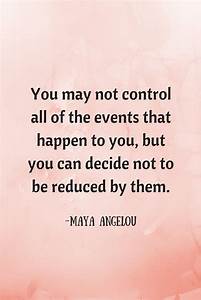