Now for the final installment in my writing workshop series. I’ve covered the short story ending as well as the opening.  I’ve guided you through dialogue and focused on the importance of taking time to do things properly. I’ve also given you a competitions refresher and some general advice on the art of the short story. The seventh instalment was about tips on writing humorous pieces and the eighth helped you with generating ideas. Then I turned to the art of copywriting followed by writing anniversary pieces. I’ve shown you how to generate more ideas – but in a different way and covered the true-life story. I’ve argued that you can write anywhere and last week looked at how to please an editor My final tips concern my favourite form of writing – the short story:

Short stories in magazines always seem to flow effortlessly from beginning to end. Competition winning entries stun with their originality and brilliance. Small press magazines are full of thought-provoking stories which inspire, enrich and delight. It’s easy to imagine that the authors have a limitless supply of ideas waiting to leap onto the page, while the rest of us sit and stare at a blank screen searching for that glimmer of a story idea.

Here’s a few suggestions to stimulate you into unleashing a multitude of short story ideas (well, a few anyway).

Conjuring up a title for a story can often ignite an idea e.g. ‘A New Beginning’. This title promotes an image of someone starting afresh. Perhaps a wife who has been the victim of domestic violence for a number of years takes that brave step and leaves her husband. How does she do it? Does he come after her? What does her new beginning involve? See how the story is already starting to develop in your mind.

Here’s another title: ‘The Clock Stopped At Two’. Did the clock stop because your main character is a burglar who breaks into a house and in his haste knocks a clock from the shelf, breaking it in the process? Is your burglar a nasty character who gets his come-uppance? Or your burglar may have been forced to break into the house in order to save his daughter so he’s really the good guy.

Here are a few to try:

Walk down the road and you might encounter a man walking a dog, an old lady, the postman and so on. You might not take that much notice of them, but could something about them trigger an idea for a story? The man with the dog may have looked a little nervous. In real life, he may have a work assignment he’s worried about. In your story he could be thinking about declaring his undying love for a work colleague. Is his love returned? Or maybe he encounters another dog walker every day – a woman who’s fallen in love with him, yet he barely notices her. Here, you’ve got an idea for a romance story with several possible endings.

Let’s take the old lady. She may be a lovely lady who you know very well, though in your story you could write about an old lady who has a dark secret. Does she have lots of visitors who never seem to come out of her house? This could be turned into a horror story. Or for a crime story, the character of the old lady could be one of a drug dealer who’s been on the run for many years. Has she turned over a new leaf or is she up to no good?

A tranquil beach with a blazing riot of a sunset and the gentle lapping of waves into shore is the perfect setting for a romance story, but more mundane locations can also generate a compelling story idea. How about your local market? You may be poking and prodding at the apples when you see a child out of the corner of your eye. In your story, the child could steal an apple from the stall. Perhaps the child has run-away from a terrible home-life or maybe he/she is doing it as a dare to look good in front of a group of friends. Another possibility is that a bully is lurking in wait, ready to taunt the child if he/she doesn’t carry out the act. You could tell the story through the child’s eyes. This always stands out and adds that extra element of emotion.

These are just a few ideas. Others include looking at a fairytale in a different light. What would happen if the well renowned shoe actually fitted one of the ugly sisters?  This puts a completely new slant on things. Magazines are another source of story ideas. They’re full of different characters and situations, which can create an idea for a story if you look at it from a different angle.  Or why not give yourself a first line to work on such as, ‘If only he hadn’t opened the newspaper at page 9…’

So grab your pen/mouse and get working on those story ideas. 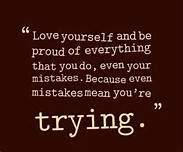