Now for instalment number thirteen in my writing workshop series. I’ve covered the short story ending as well as the opening.  I’ve guided you through dialogue and focused on the importance of taking time to do things properly. I’ve also given you a competitions refresher and some general advice on the art of the short story. The seventh instalment was about tips on writing humorous pieces and the eighth helped you with generating ideas. Then I turned to the art of copywriting followed by writing anniversary pieces. I’ve shown you how to generate more ideas – but in a different way and last week moved on to the true-life story. This week argues that there are no excuses – you can write anywhere!

Have Pen, Will Write – Anywhere!

Not many of us have the luxury of becoming a full-time writer as soon as we start out. Instead, it’s a case of snatching hours and minutes here and there in between the day job and all that life throws at us.

The same can be said for where we write. A lot of writing magazines feature interviews with successful writers about their writing places. Many writers pen best-sellers from the comfort of sumptuous studies or from beautiful rooms overlooking glorious views where the only sound to interrupt the writer in his craft, is the melodious music of nature. It doesn’t hurt to dream and hopefully that will be you one day but, in the meantime, if you want to write, as long as you have pen and paper (or computer and mouse, laptop etc) to hand, you can write – anywhere.

Well, if it’s good enough for J.K. Rowling, then it’s good enough for me – or words to that effect! Whilst sitting in a café and writing is no guarantee of world-wide success, a film and theme park attraction, you’ll be surprised at how much writing you can achieve in your lunch hour, as you grab a bite to eat, whether it’s working on your novel, an article or short story.

A café is also a good place to gather ideas. People watch. Does the woman sitting in the corner, with a sad expression on her face, have a secret? This is an opportunity to unleash your imagination to the full. The secret could be a sordid one or a sweet one; it’s up to you. The couple standing in the corner, with smiles plastered across their faces, could be having an affair or they might have won the lottery. Any of these ideas could be turned into an entertaining story.

The café may fill up and you could find yourself next to a stranger. A polite ‘Hello’ could lead to a longer conversation and an article about the unusual job or hobby that person has.

Open yours ears and you’ll hear all sorts of accents and dialects, which can be used as the basis for a character in a short story or book, adding that extra ingredient essential to bringing the character to life. Or the subject of the conversation may pique your interest and have you delving into a new subject which could lead to an article or filler.

The car, surprisingly, can be a great place to write in (obviously not while driving!). If you drive to work and arrive early, or have arranged to meet your spouse back at the car on a shopping trip and find yourself twiddling your thumbs waiting for him/her, take the opportunity to write. Even if the car park is dingy, complete with flickering fluorescent light (if a dull, dark shimmer of yellow can be called light), it can be achieved. I speak from experience having crafted a prize-winning story from the back seat of a car, in a darkened car park, eyes squinting the whole time.

If you’re travelling to work on public transport or taking a trip somewhere nice, the journey (as long as you’re not pressing up to someone’s sweaty armpit due to lack of seats) can give you time to catch up on your writing or you can use it as research time – in finding appropriate markets to send your work to, either by way of the internet or if you’ve already purchased some magazines, it’ll give you chance to analyse them. Or you may need time to research an idea or an event in history for your novel.

At the least you can view this as time to generate ideas. See the castle ruins you pass by daily in a different light, offering ideas for a ghost or historical fiction story. Or could you do a little research and write an article about local castles and their history? If you’re seeing sights for the first time, clear your mind and let the ideas come.

How many times have you moaned about hours spent hanging round hospital waiting rooms as your appointment runs late? Take a notebook with you next time and put those wasted hours to good use. Or why not take/download a book and see what’s making it into the bestseller charts these days?

Parents amongst you will know just what I mean by the many hours spent ferrying your children to and fro, sitting in drafty corners in dreary backrooms while your children learn pliés and arabesques or trumpets and violins. You’ll often see other parents reading magazines, marking papers, or tapping away on their computers. If they can, so can you; half-an-hour or an hour’s lesson can be turned into a short story/article or chapter of a book. This is also another opportunity for reading or researching.

Additionally, waiting rooms, halls and farm parks offer a wealth of ideas to the writer for situations, storylines, characters and articles. Another from experience moment again – when my parents took my daughter off to see the zoo animals (yes, zoo animals in a farm park) I found myself drawn to the park area; it had an elaborate dragon theme going on, but what really caught my eye was a little girl sobbing her heart out and refusing to enter the park because dragons were scary. Her parents were unsuccessfully trying to persuade her that dragons were really cute, cuddly creatures underneath and that there wasn’t a real dragon about to jump out at her, but she was having none of it. This gave me the idea for a picture book where the dragon was an extremely nice one who became a nanny to a royal princess. I wrote the whole story in half-an-hour, sat on a picnic bench covered in bird droppings and battling against a blustery gale.

When children are involved, they can’t help but come out with those hilarious one-liners so you may find a good source of anecdotes for one of the women’s weeklies, as you feed the donkeys and they slobber all over you.

Surely holidays aren’t for writing? Holidays are for relaxing and doing nothing. For some they are but, for others, they’re a time to see sights and enjoy new experiences. This is excellent fodder for stories and articles, as well as fillers and letters. You could just take some notes and photos so you don’t even have to write your piece on holiday; this can all be stored and it’s then ready for you to work on when you’re back home.

On the other hand, perhaps you write best on holiday away from the rush and hassle of everyday life at home. Even if you’re on holiday with family, you can still spend a little time writing, either when everyone else is taking a siesta or if you each have some time to do your own thing.

These are only a few examples of how you can write anywhere. So now you have no excuse! 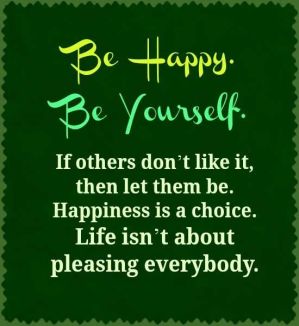