I hope you’ve settled down into 2017 well. If you’re looking for a fresh challenge, here’s one for you:

Write a story or poem on any of the following themes:

Your themes from last week were:

Robert Griffiths has sent in a super true-life story on the theme ‘a fresh start’:

It’s a new year but I, an old handicapped man, must still go to have my therapy. With only one leg and one arm working and both rigid and spastic, I waited in the hallway for my taxi.

This morning, as my always chatty and happy Algerian driver arrived, we walked outside together on the pavement facing the unforgiving freezing misty air, towards the taxi she had parked several hundred yards away. Opposite the taxi are steps up to a pathway leading into a green floral park. A well-fed man was walking away from the top step. I watched him for a second as he stood still, rigid and dark. He started to sway like an ailing elm tree then fell forward and his hands stayed by his side. His face smashed onto the hard stone with a thumping hollow sound. Blood spurted from the side of his head. Me and the taxi driver stopped in shock. From the side of the walkway four young Arab girls ran over to him. They were no more than a fifth of his size, each one leaning down desperately trying to pull him up.  I took a step towards them but my taxi driver shook her head at me telling me that I would be of no help. The girls with extreme effort got the swaying injured old man to his feet and started to guide him back across the road. I wondered where they were taking him. The girls walked him through the parted traffic then I realised they were leading him towards our chemist shop. As the automatic glass doors parted I followed inside. They sat him on a chair, bought disinfectant, clean bandages and cleaned his split face and applied bandages. The chemist walked towards us.

‘Call an ambulance!’ I said.

I looked through the glass doors to see a white ambulance draw up and two fit young men stepped out and into the chemist shop. The old injured man smiled. The youngest Arab girl with her tanned complexion put her head up and her sparkling hazel eyes looked straight at me, slightly afraid I realised. She thought these men would blame her and her friends for this accident. I smiled at her and quickly told the men the reason for this man’s injuries. They worked extremely efficiently, complemented the girls on their good work, examined the old man and finally told me and the chemist that he’d had a small stroke. They took him out to the ambulance. I expressed my concerns to the chemist.

He said, ‘Don’t worry, the hospital will treat him, help him put right what’s wrong and they will give him a NEW START.’

The girls looked sad and shocked.

‘Come!’  I said, ‘into next door’s café. A coffee and hot chocolate for everybody.’ They agreed and off we went. ‘Hot chocolate for all these wonderful ladies,’ I demanded.

The Algerian taxi driver, the girls and I sat, talked and laughed. That was the best New Year celebration ever. Then the taxi driver said, ‘Come on, Granddad! Clinic! It’s time for your treatment.’

I stood up and followed her and the girls were calling behind me, ‘Pappi, Pappi!’

I looked back and their brown faces and enormous smiles filled me with happiness. I waved, and fled, singing, ‘Happy New Year’.

Steve Walsky has written a beautiful story on the ‘a fresh start’ theme. Please click on the following link to read it:

Mitchell Toews has crafted a wonderful poem on the ‘monsters’ theme. The following link will take you to it:

And of course, we can’t forget the next instalment of Rajiv Copra‘s Mary Jane series:

It is not often that we see the dark place that resides deep inside our souls. We keep it hidden away from sight, and away from ourselves. Whether we are saints, or whether we are villains, there is a strong part of us that does not like to look at this part of ourselves. We are ashamed of it. We fear it. What shall we awaken, our subconscious seems to ask us. It mocks us. Will we awaken the sleeping monster that lurks inside and, if we do, will we ever be able to slay it?

What was happening to Spiderman, as he lay there in the dungeon, imprisoned as he was by Batman and Poison Ivy. He had always prided himself on being someone who respected the law. He was proud that he had always fought on the side of the lawmakers, and had brought villains to justice. He had found love, only to find himself betrayed again, and again. First, with those damned, sniveling Hobbits, and then with that insane, giggling Harley Quinn. Finally, here he was, trapped in a dark dungeon, the prisoner of Batman and Poison Ivy.

How he had been fooled. He had always regarded The Bat as a paragon of virtue, and now he found that the man was the most cunning, the most ruthless and pitiless of all villains.
In the events of the recent past, his pride had been dented, and now his beliefs had been shattered. How could this have happened to him – Spiderman? He had been the ultimate escape artist, spinning a web to catch others. How could he have let himself be caught in a web of his own pride and self-delusion?

The more he brooded in the dark places of his mind, the more the shadow grew. It grew and grew, and acquired a mind and soul of its own. It had a blackness that was deep and dark, and engulfed everything around.

The monster rose from the depths of his subconscious mind, and wounded pride. Soon enough it engulfed Spiderman. Spiderman now was the monster, and the monster was Spiderman.

Outwardly, he remained the same, except for his eyes, which acquired a mad, dangerous, deranged look.

Somewhere through the fog that had engulfed him, he heard a babbling voice. It was the voice of The Joker, a sly, evil voice full of malice, anger and spite.

He smiled. His smile was no longer gentle, nor vain, nor pompous. It was pure evil, and dark. The monster had awoken from the depths of his now black soul.

It was time for a new beginning, and he felt the full insanity of power being unleashed inside him. It was time to break the shackles, and for the true Spiderman to be born.

Lynn Love was slightly too late with her response to the previous week’s challenge, but she always writes something special so please visit her site to read it: 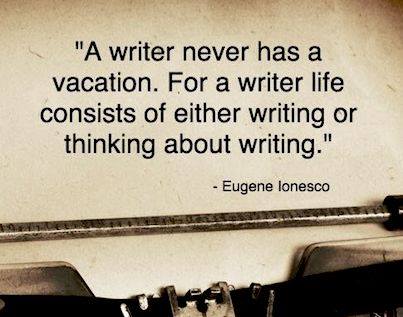