This week’s writing challenge is a day late thanks to entertaining and cooking for a houseful yesterday. It was a wonderful, noisy, fun day! I hope you all had a special Christmas with your loved ones.

This week’s theme is, of course, New Year. You can write a story, poem, limerick…the choice is yours.

Here are your festive offerings:

Sarah sent in a super poem called ‘The Gift’:

Granny sat in the huge rocking chair,
Sitting by the fire all cosy and bare.

Rocking gently, eyes vacant, the warmth on her face,
Great memories replaying taking her to another place.

She remembered a Christmas day as a child,
Her eyes full of wonder, excitement and wild.

Where thick snow covered the ground outside,
She saw children skating on the pond, they did glide.

She pulled on her scarf, coat, mittens, and hat,
Then ran outdoors, to join them, but skidded and fell flat.

She ran back indoors and cried to her mom,
How she wanted to skate but fell on her bum.

Her mom dried her tears and spoke soothingly,
Then she opened her presents while her mom brewed some tea.

Granny smiled, these thoughts were such a wonderful call,
Then realised, sweet memories are the greatest treasure of all.

Mitchell Toews is new to my blog, having discovered it whilst delayed at the airport! As you’ll see, he’s an amazing writer:

THE THREE GATHERED, tall and awkward, beside the street. They stared wide-eyed at the traffic streaming down Richelieu. A daylong drizzle had just begun to turn to fine snow and they stood back from the curb on the grass, partially hidden by a cluster of birch trees.

Streetlights glowed in the falling snow and the wet pavement seemed to steam.

The tallest of the three was conveniently the oldest too and she studied the cars as if she might know one of the drivers. She tracked each vehicle as it passed. Eager to lead them on a dash across the street, she waited for a break in the line.

The street was jammed with shoppers carrying home last minute gifts, food and bottles of wine. Buses, trucks and taxis competed for space. On the road too were churchgoers; their minivans loaded with robed wise men and lowing cattle, cozy in their car seats.

Everyone had a place to be that evening.

On slender legs, the three sisters hurried to the far side where Walker’s Creek Park waited in still, dark contrast to the busy rue.

After crossing – heels hollow on the pavement – they regrouped and carried on along the sidewalk. Red taillights lit the roadway, snaking down the slope to the traffic signal below. A few drivers called to them; others whistled but they were ignored.

Reaching a broken section of park fence, each in turn stepped through the breach, lifting their legs well above the tangled wire. Close now to their rendezvous they hurried towards the trail in the woods which was obscure in the dim light.

There they were! Shoulders hunched and stamping the snow they huddled in the overgrown cusp of the woods. Their masculine faces were caught in the flickering glare of headlights from Frontenac Drive as vehicles merged with the moving river of red. Their breath showed in white clouds through the branches.

Eyes bright, the three young does held their heads up to scent the males and then cantered, forelegs high, across the sleety grass.

And now Rajiv Chopra brings a stunning interlude to his Mary Jane series, with snow, magic, and the Gift rolled into one!:

Following Christmas, it had started to snow heavily. It was the first time in many years that there had been so much snow, and the city, had become white and quiet. Everyone was indoors in the foul weather until, one day, the sun broke through the cloudy cover that had blanketed the city in the weeks following Christmas, and lit up the sky.

The sun was out, shining through a blue sky, and the air was cold and pure. Crisp, is the word that most conventional people would use to describe the atmosphere, but even I was moved by the silence and purity in the atmosphere. It was magical. It appeared all traces of dirt had been washed away, and all that was left was pure beauty and silence. Ah, beautiful silence that had not been heard in a long, long time.

It was indeed a magical realm that had been created by the piled-up snow, the blue sky, the beautiful light and the silence.

That such moments come but rarely is indeed a tragedy, and I Loki, would like to say to all living men and women, boys and girls, that these little magical gifts are to be treasured and remembered with gratitude. I speak to mankind alone, in this matter, because the rest of the natural world already does know how to enjoy such moments.

A pause is all we need, and if we lose that moment, it is gone forever. If we cherish and accept these moments of joy, then something of the magic lives inside us forever.
I sat there by the window of my attic, watching the light change, as the sun rose and waned in the sky. I watched the clean blue colour become warm, and then watched the sunrays turn the sky into a medley of red, orange and gold. Then, the day sky was replaced by the twinkling stars in a blur-black sky. They seemed to dance through the night, and all was good with the world.

The morning sun rose, and with it came a cloud. A black cloud, it was, and the magical moments of the previous day were gathered into the memories of those who had chosen to cherish the gift that was given to them.

The normal days had returned, and people started to shovel away the snow. Some of them had an extremely grumpy, angry look on their faces. They grumbled about the loss of ‘productive’ days. Ah, my friends, what indeed is ‘productivity’, if you don’t have time for reflection?

Some of you impatient souls may indeed wonder what happened to The Hobbits, who had started this tale? What of Mary Jane and Harley Quinn? What had Batman and Poison Ivy done to The Joker and Spiderman?

This interlude, my friends, is drawing to a close. The tale now continues and, I Loki, shall now resume my labours of old. 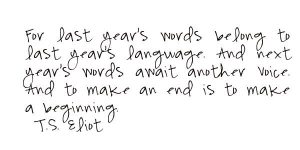