Posted on December 5, 2016 by Esther Chilton

Well, this Monday certainly came round far too quickly. I hope you all had a lovely weekend.

Here’s a new challenge for you:

Write a story or poem on the theme Flashback.

Last week’s theme was Darkness. There were some fantastic pieces:

I’ve really missed Keith Channing‘s limericks so it’s great to see him back:

Distinguishing darkness from light
Is the primary duty of sight
The differing shades
Twixt Heaven and Hades
Are as varied as daytime to night.

Adam Dixon has written a brilliant story. I love his descriptive skills:

Darkness. How she had come to adore it. She scoffed to recall the days when she used to be frightened of it. Those days were long, long ago, a mere salty speck in the maelstrom of her memories, but she could still recollect them, most likely because they amused her. Darkness…how could she ever bear to part from it anymore? The daily struggle for survival sapped her prodigious, near legendary strength, and it was only in darkness when she could allow herself to drop the illusion of invulnerability. It beckoned with kind, assuring fingers, promising safety, and comfort. The younger ones, so full of vigour and ambition chose to stay out hunting, only retreating to their own dark sanctuaries at the last moments. She was the opposite now, choosing to remain with her darkness for as long as she could. Darkness understood her. Darkness saved her.

Soon, her hunger would become great again and she must answer its demands. She would rise and stalk the night under the cover of darkness instead of being held in its embrace; a poor substitute in her eyes. Oh, feeding still had its charms as well as its purpose, but the thrill of it had deserted her long ago. She still enjoyed the coppery taste of blood and feeling its warmth flow through her body, but the struggles and cries of her victims no longer delighted her. When once she had prowled the earth like a great huntress she now only thought of her darkness and how to hurry back to it. Whenever she crossed paths with others of her kind they would stand agape, their awe and fear stabbing into her nostrils with irritating predictability. They beheld her alabaster skin bathed in the glow of the moonlight and the luscious dark hair which framed her regal face and saw a goddess in the flesh. She in turn saw only petty distractions and rushed by them. It had been centuries since any could threaten her, so did not waste time toying with them. The darkness called.

Presently, she must leave her darkness, but she would return and the deafening noise of the world would disappear for a time. She was safe in the darkness. She loved it, and it loved her. She was certain of that.

Lynne Love is the winner of my latest flash fiction competition. Please read her latest super piece of writing:

And here’s the latest installment in the Mary Jane series from Rajiv Chopra:

Darkness engulfed them. They groped about, flailing their arms and coughing in the musty room, and finally their fingers touched.

Her breath rasping, Harley managed a croak, ‘The Dark Knight will come for us.’

A tight slap sent her reeling back. ‘You still have feelings for him, you bitch,’ came an angry voice in the dark. ‘How could you?’

‘No, I have no feelings for him. But, he and I have a legacy, and he will respect this,’ replied Harley. Her fingers reached for Mary Jane’s face in the dark, and she squeaked, ‘Please darling, you must believe me.’

A long pause followed, and then came a reluctant, ‘Oh, alright’ through the darkness that enveloped them.

Light streamed in through a break in the wall, and a cackling laugh was heard. The room was suddenly filled with blinding light, and the two girls found themselves huddled in a corner of their room, shielding their faces. Ice seemed to run through their veins, and they froze in fear and panic.

Fighting back the desire to blubber like fools, they lay back, hands held tight.

‘So, you think you could escape us?’ a voice sneered. Mary Jane opened her eyes slowly, to see Spidey sneering at her. His eyes and demeanor had changed, and he was no longer the loving Spider she had known. He was a stranger- arrogant, cocky, insolent and full of anger. He seemed to want to assert his superiority over her at all costs, and he stood there in the arrogance of his pride in having her as his prisoner.

Meanwhile, two smaller gentlemen appeared from behind his knees. The two hobbits no longer seemed the gentle souls that she had known. A sneaky vengefulness and spite seemed to have entered their mien, and she could not believe the transformation.

Finally, a foul, cackling breath hung close to Harley’s lips, and she opened her eyes, to look at the Joker. He was on his hands and knees in front of her, cackling with a wild glee.
A darkness seemed to have come over the four men who beheld the two women who sat crouched in the corner.

A darkness also entered the hearts of the two women.

Ah, but The Dark has many shades, and many characteristics. The Dark manifests itself differently in different beings, and brings out some of the essential traits of the person it enters.

The Dark entered the six people in the room, and what different shades we see before us.
Let me, Loki – Prince of Darkness, cause the six to freeze for a while, and let me ask you – what do you see?

What will I bring to the table now? What shall you see? Do your eyes pierce the veil of illusion? Or, will you allow yourself be carried gently into the cool night, to seek the direction this tale shall now take? 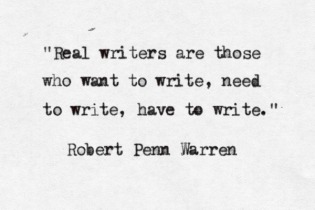 This entry was posted in inspiration, Uncategorized and tagged blogging, inspiration, motivation, writing. Bookmark the permalink.