Last week, I gave you a round of fresh challenges. Here are some more:

OPTION ONE: Write a mini story of six words. It can be done – here’s mine as an example:

OPTION TWO: Write a story, poem, limerick or article with the title AFRAID.

OPTION THREE: Write the opening three paragraphs of a novel. The line ‘I vowed I’d never forgive her’ must appear  in one of the paragraphs.

Last week, your challenges were as follows:

OPTION ONE: Write a flash fiction story of 50 words, beginning with the following line:

‘How on earth did that happen?’ he said.

It was good to see the King of Limericks, Keith Channing, show he’s a master at other forms of writing:

“How on Earth did that happen?” he said.

Alone in his craft, he reviewed the history of his planet’s final days. Who could have foreseen that the new President’s determination to wipe out a band of religious zealots would have that result? MAD, they called it, and MAD it was!

Here’s Bindu’s story. As I feature in it, I naturally love it!:

“How on earth did that happen?” he said.

“Is everything all right?” asked Tara.

“Yes and more! I’m invited to be a guest writer on Esther Newton’s blog! Couldn’t be for real!” he rubbed his hands in glee.

“Now doesn’t that call for celebration?”

“Sure. Let’s step out for some inspiration.”

“How on earth did that happen?” he said.

“Er … yes.” She eyed him quizzically.

“I may have been affected a little myself,” he said.

Jason Moody took up the challenge with great gusto:

“How on Earth did that happen?” said Gavin.

His son, William, seven was stood smiling. He looked to where his dad pointed.

“She said she had had it up to here with you,” he gestured.

“How on Earth did that happen?”

Geoff, like the rest of the office were silent, staring at their feet.

The manager flapped his arms like a petulant child.

“Right. So nobody can explain why there’s a rhino in the kitchen?”

Janice stood in the centre of their kitchen.

The mess was incomprehensible.

Her husband, Pete, was on all fours wearing just a studded choker and trunks.

Next to him stood a rather wonderfully sculpted young man with a whip.

“How on Earth did this happen?” asked Janice, licking her lips.

“How on Earth did this happen?” asked Milly.

Her two sons, Arthur and Jeremy were sat cross-legged on the living room floor.

“I leave you two for a seconds and…”

Jeremy dipped his chubby digits into the flower pot and joyfully shovelled the contents into his mouth.

Stacey was nervous. She had been building up the date all week. Now it was Friday night, she could barely contain her nerves. Two half-glasses of red had not corrected this.
She toyed with ordering another.

“How on Earth did this happen?” soul sinking into bottom.

“Good morning. What we got?”

He was handed a rolled up parchment. He unfolded it and raised an eyebrow.

“How on Earth did this happen?”

OPTION TWO: Write a story or poem, with the title MISSING. Here are you entries:

Ing Seo-yeon was the youngest daughter of the Republic of Korea’s Ambassador to the Court of St James. Her father, Ing Dong-woo, had held the position for twenty-seven years, arriving in London fully three years before Seo-yeon was born. No embassy official had been in post longer, and none had more respect at Court than Dong-woo.

Seo-yeon had been tutored during her early years, along with the children of other embassy staff and of London-based businessmen from her country, to the standards expected of the children of senior diplomats of the republic. At only sixteen years of age, she had won a place at Cambridge University’s prestigious Trinity College where she studied International Politics and Comparative Philosophy. After graduating, she moved on to Seoul National University where, at 22, she was awarded a doctorate, and her thoughtful and thought-provoking study on the prospects for peaceful reunification of the Korean peninsula was published. The book was not an instant best-seller, but it did find its way quickly onto the shelves of public lending libraries, as well as educational institutions and, perhaps more surprisingly, religious institutions. Whether any were sold in Pyongyang is not recorded.

Following her graduation, she intended returning to London to take up her appointment as First Secretary to the Embassy, with a view to preparing her for an important post at the United Nations. Her parents, family and friends who had journeyed to Seoul for her graduation ceremony, left first; Seo-yeon planned to follow a week or so later, after she had tidied up some affairs on the university campus.

She never made it back to London, though.

The plane on which she was travelling was hi-jacked and its pilot forced to fly it to a disused airfield in a part of the world where trouble is spelled with all upper case letters. During the days that followed, specially trained troops were dispatched, with hostage negotiators, to try to recover the passengers, but the aircraft was empty and burned-out on their arrival.

Back in London, the newly appointed sub-editor of the Guardian, fully aware that his work was subject to the level of scrutiny that was to be expected during his first week in such an important job, looked with dismay at the headline proposed for a lead article. He struck it through with his thickest red pen and wrote underneath remove duplication.

Bindu sent in a fun poem:

Missing the igniting spark
So here I am in the dark
About how to pen a winner
Think of me not a dimmer.
Truly I nurture a secret dream
That my thoughts flow in a perennial stream
So that they jog and jostle the mind
And leave the troubling past behind.
MISSING -the courage to let my pen speak.

I heard footsteps on the stairs

I heard the front door close

That was three days ago

I recall our last conversation

We discussed our dinner that night

I said I would buy the ingredients

I reported her gone at ten this morning

They sent two policeman around

Many questions and an hour later

I contacted friends and family of hers

No one had heard a word

Her mobile just rang and rang

No bank cards used, no e-mail to be seen

Her passport still in her drawer

It’s now been a year since I heard her speak

Not a trace of her has been seen or heard

OPTION THREE: What does the word BEAUTIFUL mean to you? A place you’ve visited? A person? For this option, I wanted you to write a true-life piece, poem, limerick, story – anything and everything was allowed. You came up with some inventive pieces:

Keith Channing, of course, came up with a fantastic limerick:

“Beauty”, her father had told her,
“Is in the eye of the beholder.
The beautiful game
Always ends up the same.
As you’ll find out, when you’re a bit older.”

Beautiful! A golden heart or is it something more tangible? Something in the line of vision? Is it something that you ought to feel? Or is it about an experience which involves your senses and not your heart. Beauty- does it truly lie in the eye of the beholder? Or is it the mind’s eye, the soul which is the true judge of a thing of beauty. To me beautiful is about goodness, kindness, being loving and gentle. Now that’s beauty which will give joy forever, isn’t it?

Rajiv Chopra has written a lovely piece on beauty:

I was sitting in the balcony of a friend’s house in the hills, a few years ago. It was raining, and the clouds disturbed the view. Yet, it was cool, and the air was refreshing. Human nature kicked in, and I focussed my energies on the clouds that were obscuring the view. As I fussed about them, I forgot about the cool, fresh air that I was enjoying.

After a short while, the rain stopped, and the clouds rolled away. I now found myself staring straight at the Trishul mountain range ( a part of the Himalayas). There they stood, with the beautiful blue sky above them, surrounded by white clouds, with the green trees in the foreground. It was a marvellous sight, pagan in a way, and spoke of Nature in all her beauty and glory.

The mountains stood there, smiling gently, as they have stood for millions of years before man. And, there they shall stand, if man allows Nature to have her way.

The sheer beauty of the mountains, of Nature, seemed to permeate every cell of my body and soul.

That was the moment when I understood beauty.

That, for me, was the moment of truth. 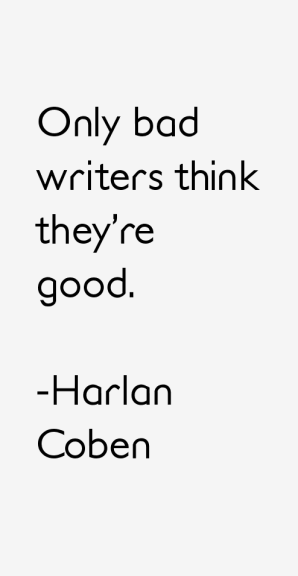 100 Responses to My Weekly Writing Challenge